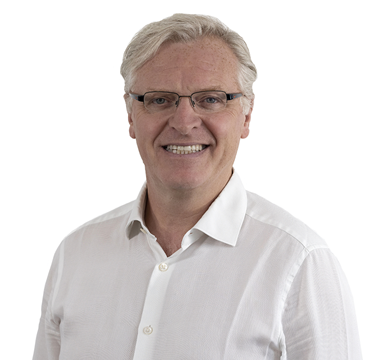 Mr Michael Van den Bossche was fascinated by surgery from a young age and inspired by Dr Christian Barnard from South Africa who did the first heart transplantation as well as by the premature death of a relative with advanced cancer.

After qualifying as a doctor at the Catholic University Leuven in Belgium, he entered a surgical training programme and switched from trauma surgery to laparoscopic surgery when that speciality was in its infancy. He had the chance to work with world experts in laparoscopic surgery, with Belgium then at the forefront of this developing surgical speciality.

In 1997 he was appointed as a Consultant General Surgeon in the department of digestive and laparoscopic surgery at Saint Elisabeth Hospital in Brussels before moving to Guernsey to join the MSG in 1999.

He helps patients with a variety of conditions including cancer of the oesophagus, stomach and large bowel and benign gastro-intestinal conditions like reflux disease and gallstones.  He also specialises in hernia surgery and perform most operations in a minimally invasive way using laparoscopic techniques.

His appointment to the MSG led to a considerable expansion in the numbers and types of laparoscopic procedures that can be performed on island and he has trained several surgeons in Guernsey and in the UK in laparoscopic surgery.

“The most gratifying part of my job is being able to help patients with my surgical skills and laparoscopic expertise. When people become patients, it places the doctor in a very special position of trust and with the power to make their lives better. Improving people’s quality of life by curing an ailment or curing a condition like cancer brings not only job satisfaction but also gratitude.”

When Mr Van Den Bossche does have time off, he enjoys cycling, swimming and travelling. Guernsey is a small paradise, he says, especially on a warm summer day - spending time with friends and family over a good meal and a nice bottle of wine tops it all.