• Email warning, 29 September - please check carefully any email you receive that claims to be from the MSG. If it looks suspicious, delete it. Do not click on links or attachments. More info here 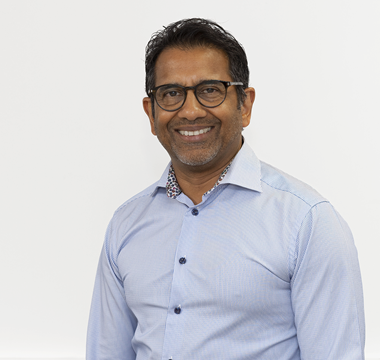 A Consultant General and Vascular Surgeon for more than 20 years, Mr Sadeo Kairsingh joined the MSG in 2006.

During his career he has worked in several countries, gaining wide-ranging work and life experiences.

Graduating from the University of the West Indies in 1988, he went on to complete his training in the UK and join the GMC specialist register.

After a fellowship in vascular surgery at Bristol Royal Infirmary, he worked for a year as a Consultant Vascular/General Surgeon in the NHS before taking a two-year post in the Cayman Islands.

There he performed the first ever successful major vascular operations (aortic aneurysm repairs – ruptured and elective) and introduced a leg ulcer service.

Other procedures include Botox for axillary hyperhidrosis (excessive sweating), Fibrin glue for pilonidal sinuses, and vascular access for chemotherapy.

He introduced carotid endarterectomies as part of the stroke prevention service and also carried out the first successful emergency heart surgery in the island in 2019.

“What I find most fulfilling in my work is getting patients through difficult and challenging emergency operations.”

Outside work, he enjoys time with his family, with his three young children very much rooted in Guernsey life, and cliff walking.